Before we start with the meetings from last weekend, We would like to introduce the Coup Brothers. 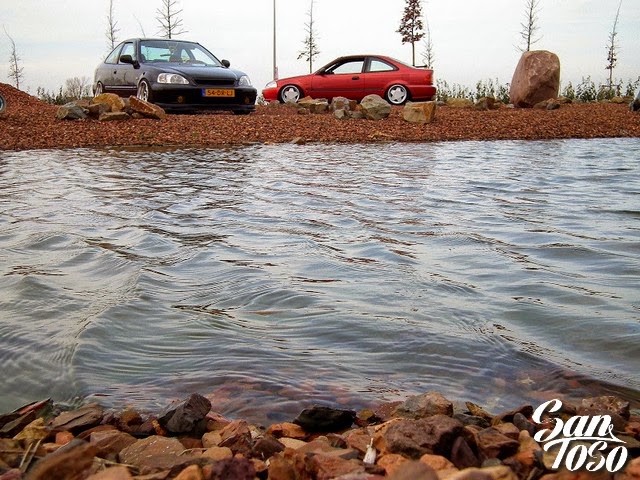 Lex and Calvin, both are long time friends & supporters of San-Toso. It all started a couple of years ago, Lex spotted this magnificent Civic Coup at the local dealership and his dad was kind enough to buy it.
So his dad drove around in the coup and when Lex got his drivers license, he could buy the car for a nice fee and its was ready to rock on some Lenso D1 wheels. 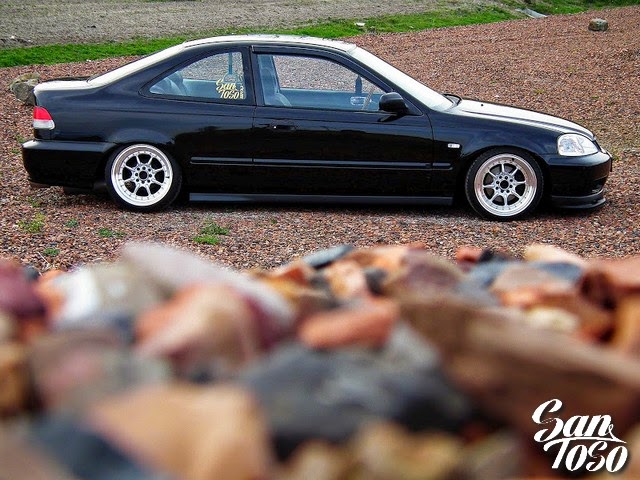 Calvin started with a VW Polo and stepped up his game towards an E36 BMW. Being a car mechanic is an easy way to the carscene and started to “Stance” the hell out of the car.
Unfortunately our little country has insane gas prices and Calvin started looking for a different car, This way he became the owner of a nice civic coup. 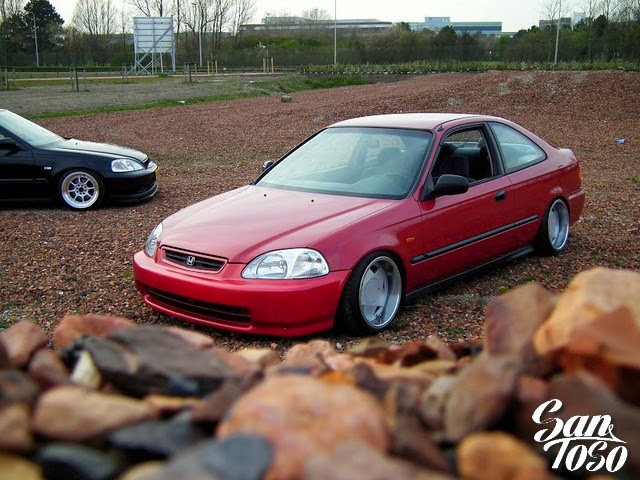 Both of the guys drive the D16Y7 engine with a few small modifications. Also they started to look for different wheels. Calvin wanted a set which you usually don’t see on any Honda.
So he got himself a set of Borbet A wheels, A Daiyama coilover set and some Skunk2 LCA’s. Lex on the otherhand started his first year with just a set of wheels and didn’t care about the rest. 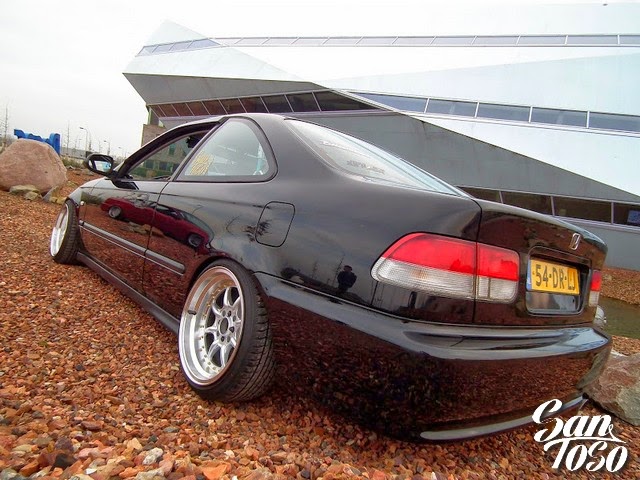 During the breakup with his girlfriend, Lex decided it was time to focus on other things. The car scene, as already stated in “The Pursuit of Function”  Its becomes everything…
Lex focussed on the things he liked without giving a damn about the opinions of others. He scored a set of XXR 02 ET0 wheels which caused the wheels to become wider than the car.
Ignoring any advice for a camberkit and getting pulled over by the police every weekend, it was time to score a camberkit for the front and the back. 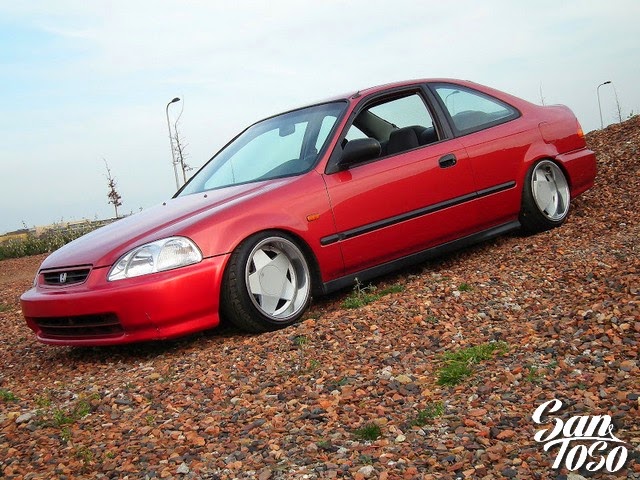 Calvin wanted to have some more options in the civic, like he was used to in the beemer. So it was time for those nice little “EK9” touch-up parts. A cupholder and shiftbooth.
After rocking no lip for the first couple of months, His mind was set on a “Mugen”  bumper lip to complete the outside look of the car. 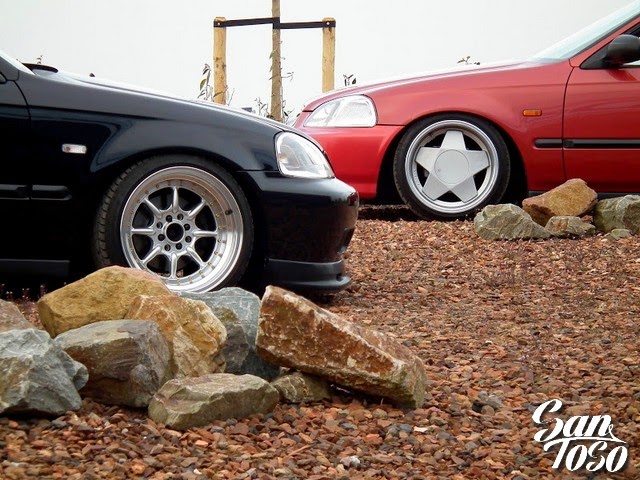 Lex went all out and got introduced into the Eurochapter of Team Hazardouz. spending last summer with the rest of the crew chillin at the garage or during one of the local meetings in Holland. A few weeks ago, Elio and Alex had the time to capture these machines for the camera and introduce the cars to the rest of the world. 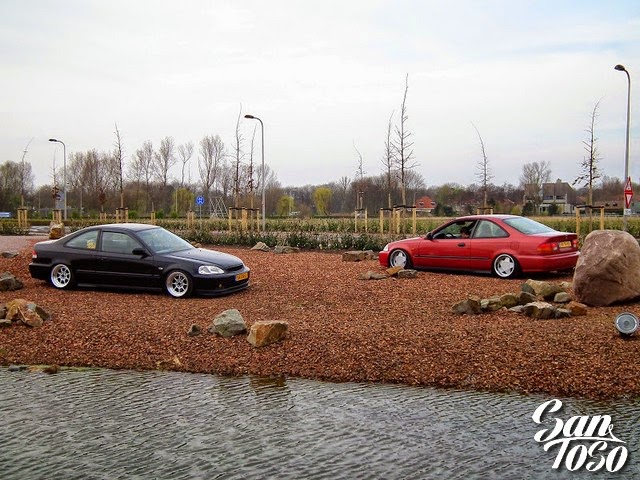 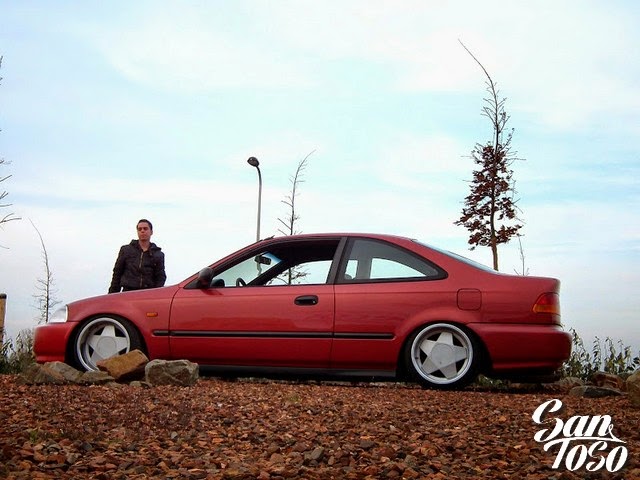 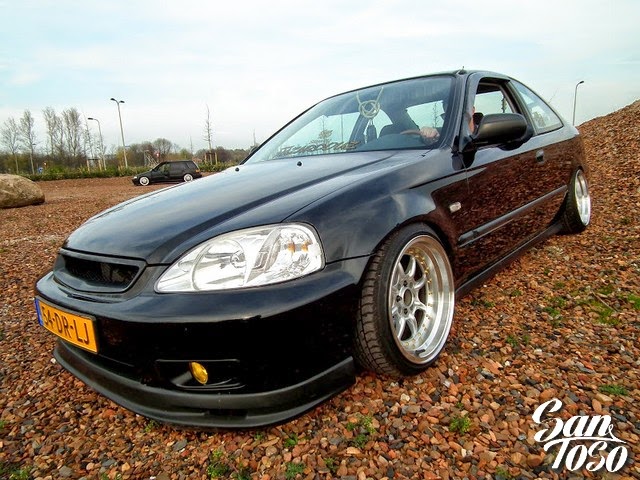